I attended Hyper Japan for the first time in July this year (review here) and loved everything about it, so I was keen to see what the Christmas edition would have in store. The Japan-themed event was again taking place at Tobacco Dock in London (24-26 November 2017) and was brimming with craft stalls, a Japanese food court, and lots of traditional Japanese products, such as handmade pottery, colourful chopsticks, speciality tea, sweets and clothes, including lots of cosplay outfits. 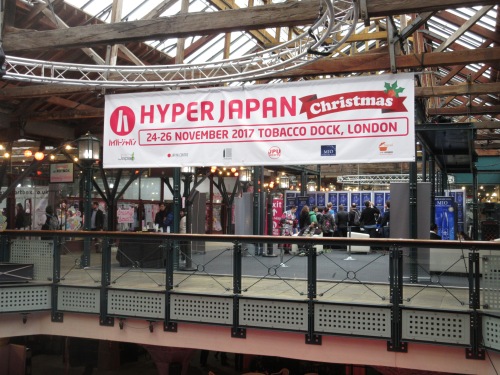 Japan is a fascinating place to visit and after two visits I still feel like I’ve only scratched the surface of what there is to see. It was great that there were a lot of lesser known travel destinations represented at Hyper Japan and I enjoyed learning about them from their enthusiastic local representatives. The guys in the picture below, for instance, are from Susaki City on Shikoku Island and had mini versions of their mascot ‘Kochi’ with them plus the human-sized version appeared on the Hyper Live stage. 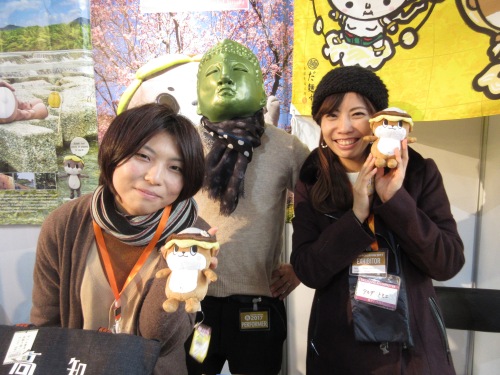 Probably my favourite part of the winter edition of the festival was a fantastic Illuminight exhibition, a display of traditional and modern illuminated objects, which ranged from a room filled with giant paper fish (made by local residents and first displayed at the Yanai Goldfish Lantern Festival in Yanai in Yamaguchi Prefecture, Honshu Island) to tiny, fragile ‘akari’ (light) pieces made from real autumn leaves. It was just beautiful! 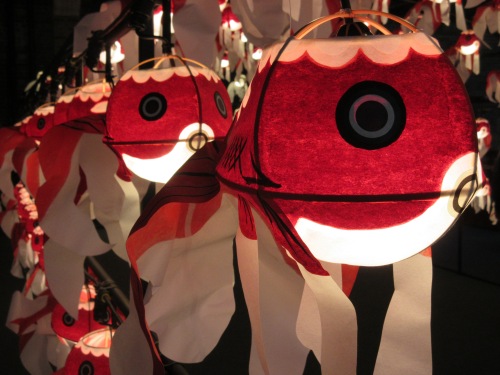 I also loved the ‘geta’ (sandals) and other intricate ornaments made from glass. 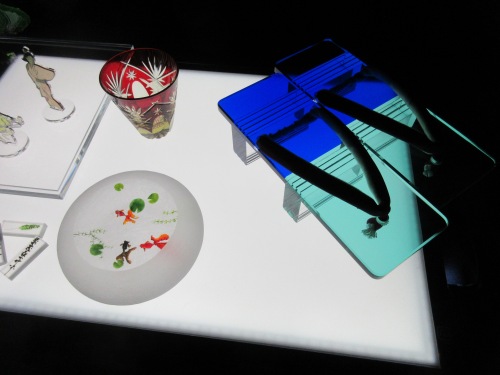 Of course, it wouldn’t be a Japanese event without lots of pastel-coloured ‘kawai’ (cute) items and it was great to see that even the staff working at the event – like these two Japan fans from Tofu Cute – were having a lot of fun. 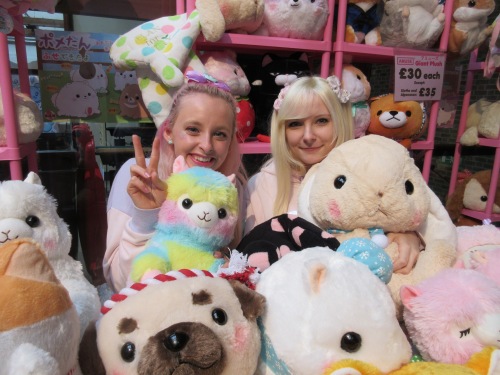 The food court was back, too, and fans of Japanese food were again spoilt for choice with numerous both savoury and sweet options available, from steaming bowls of ramen to ‘Takoyaki’ (ball-shaped snacks filled e.g. with squid) and even mulled sake as a winter warmer. There was also a chance to sample some sake concoctions created by professional mixologists as part of the Sake Cocktail Awards. 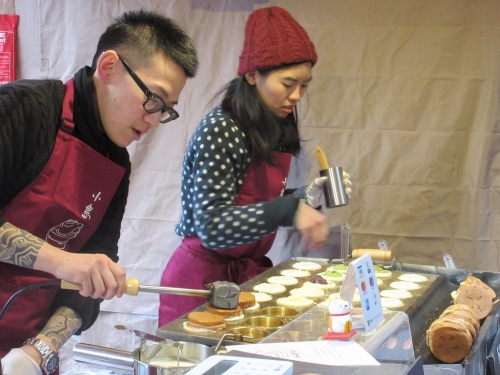 Those who had a bit of time on their hands and who felt like creating some original Christmas presents for their loved ones, were able to join various paper craft and felting workshops with expert teachers. But don’t be fooled, it is a lot harder than it looks and takes a lot of patience and precision. The results look impressive though, like the framed artworks in this picture. 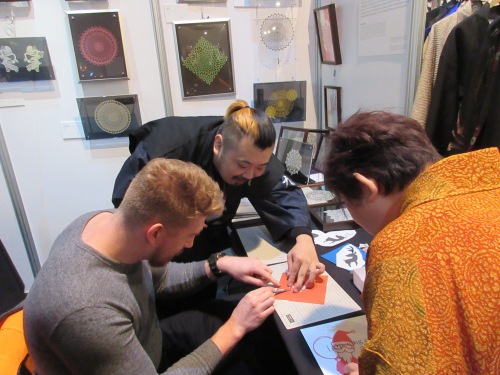 When I visited on Friday, the opening day, the Hyper Live stage again hosted a variety of Japanese acts, from the very modern, Dream Stage Idol Competition Runner Up Aimi Ikenaga (if you’ve never heard of ‘Idols’ before, BBC Storyville recently did an interesting documentary called ‘Tokyo Girls’ on it), to the more traditional, but with a modern twist, e.g. a live performance by calligraphy artist Taro Fukushika.

If you missed Hyper Japan this time around, don’t worry, it will be back from 13-15 July 2018 and visits to the Japan Centre and various London-based Japanese restaurants and pop-ups should tide you over until then.